With public safety as a top priority, the City of Rochester is declaring a snow emergency effective at 12:00 p.m. on March 9, and ending at 12:00 p.m. on March 14.  Vehicles cannot be parked on the even side of the street on even numbered days, and the odd side of the street on odd numbered days, between 4:00 a.m. – 7:00 p.m., for the duration of the snow emergency.

The forecasted winter storm for the weekend will add to record snowfall experienced this season, and could result in a serious threat to public safety. City streets will be difficult to navigate and will become even more narrow during the snow storm due to existing snow, potential for blowing snow, and the numerous vehicles regularly parked on city streets through the day and night.

City Administrator Steve Rymer states, “The safety of our community is the top priority for the City of Rochester.  The snow emergency is being declared to guarantee our Public Works teammates can clear the streets.  The ability for our public safety teammates to respond to emergency calls is critical.  We appreciate the community’s assistance in responding to the snow emergency.”

To help limit the amount of ticketing and towing that could occur, the following public parking ramps provide free weekend parking and can be used by residents and visitors:

Even if a plow has appeared to clear a street, parking restrictions will remain in place to allow Public Works crews to perform additional snow removal work as necessary.  The snow emergency supersedes all other posted parking rules.

As outlined in Ordinance 136.07, temporary parking restrictions will apply to all city streets for the duration of the snow emergency.  Vehicles parked on city streets during the restricted parking hours may be ticketed and towed per Rochester City Ordinance.

This list of Frequently Asked Questions has been created in response to those areas of concerns being heard most often since this snow emergency was announced. 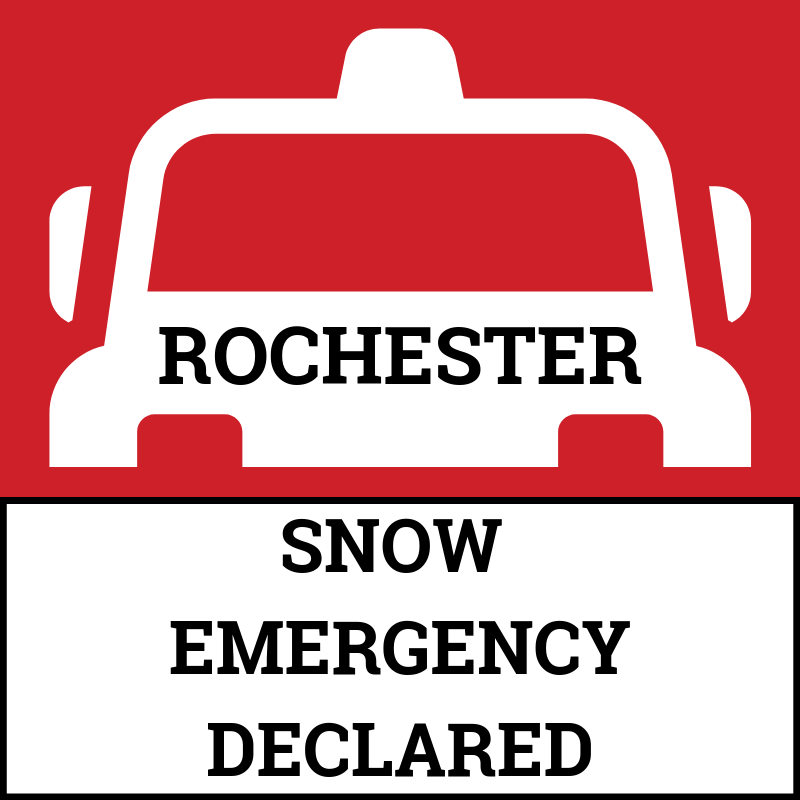