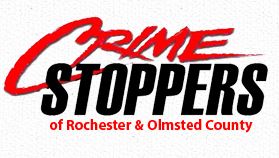 The Rochester Police Department began providing basic life support ambulance service to the City of Rochester sometime in the 1930's.  Former Police Chief James J. Macken, Jr. was hired as a police officer on July 7, 1941.  In an interview in 2004 even he said that this was a service that the police had provided as long as anyone knew.

Chief Macken said that back in the 1930's and up until the 1960's that the Mayo Clinic also provided ambulance service to the community.  This service was limited because the Clinic would not send an ambulance out with a doctor on board.  In the days before radios, pagers and cell phones, it was often difficult to locate a doctor after the Clinic closed for the day.  It should be noted that the Mayo Clinic did not own and operate any of the local hospitals at that time.  If no doctor could be located then the patient could be in serious trouble.

The Police Department found this circumstance to be unacceptable.  The people who needed help were their friends, neighbors and family members.  They began providing medical transportation using a modified delivery van as an ambulance.  So when people would call the police in an emergency, a couple of officers would be rounded up to run to the station, fire up the old rig and head off to the call. 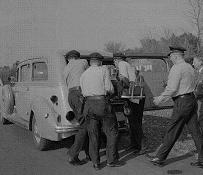 The equipment was not good.  They had bandages, splints and a litter.  They had no radio for quite some time.  Chief Macken remembered that they would assign officers to go to the garage just to start the rig to make sure it would run if needed.  He said they really felt impressed with themselves when the Mayo Clinic gave the department a 1936 Henney-Packard ambulance.

Nonetheless the Rochester officers gave the citizens the best service they knew how.  Over the years the officers were given more and better training.  The standards were virtually non-existent.  Officers handled anything that came up - stomach aches, child birth, trauma, drownings, cardiac arrest - you name it and they handled it.

In 1962, John Perkins and a business associate started Gold Cross Ambulance Service.  At that time the Rochester Police Department got out of the medical transportation business.  In 1964 Mayo Clinic stopped ambulance operations.  But the Rochester Police Department still ran the only 24-hour dispatch facility and handled all incoming emergency telephone calls even before the implementation of the 9-1-1 system.  So our officers still knew about the emergencies in the community and kept their foot in the door as first responders.  This was probably not a formal policy decision but rather the result of the officers' reluctance to let go of these responsibilities entirely.  They had learned from many years of experience that they could get to emergencies first and they could make a real difference to the patients. 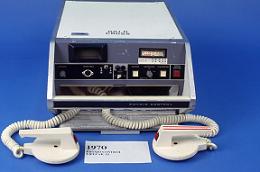 In 1970, Gold Cross Ambulance purchased their first non-automated defibrillators.  These were the type that could only be operated by a paramedic under the direction of a medical doctor.  The first operated on 110 volts so it was nice if the victim had enough sense to collapse near an outlet.  In 1973 Gold Cross fully committed to defibrillation and purchased the PhysioControl Life Pack 5.  These defibrillators, while non-automated, operated on internal battery power. They were fantastic.  John Perkins later said that his decision to buy defibrillators was the best decision he had ever made.  With police officers acting as first responders and performing early CPR, the sudden cardiac arrest survival rate in Rochester went up to 28 - 30%.  Perkins credited early CPR performed by police officers who arrived ahead of the paramedics for 50 - 60% of this success.

Dr. White approached our department in the fall of 1990.  He was interested in launching a study to determine if equipping police officers with semi-automatic defibrillators could further improve patient outcomes.  He asked if we would participate in his study.  He said that if we couldn't demonstrate an improvement in patient outcomes then the study would be terminated.  Our response was an enthusiastic "YES!"

The Police Department had no concerns about liability.  We knew we could do no more harm than CPR and we had been doing that for many years.  We didn't have to come up with medical direction - medical direction came to us.  We didn't need to buy equipment - Space Labs of Seattle was donating equipment to support Dr. White's research.  We didn't worry about training.  Our officers were ready to go.  We did provide some additional AED training but that was a breeze.  We didn't worry about formalizing policies or what the best way to do this was.  We drafted a memorandum or two and dove into uncharted water.  We only had to wait on the FDA approval to permit our officers to use AEDs.  That approval was granted in November of 1990 and the defibrillators went into the squads.

We started with only four AEDs.  We divided the city into quadrants and assigned one squad in each quadrant to carry an AED.  It would seem we were spreading the equipment pretty thin but we achieved excellent results within the first two years.  Our survival rate (witnessed SCA with VF present upon AED attachment) went up to 50% - a 66% improvement in patient outcomes.

Even though the number of SCA victims we dealt with was quite small Dr. White decided to continue the study.  We added four more AEDs and later another four which brought our total up to 12.  We also tried the Survivalink Vivalink AED for a short time.  In 1996 Heartstream donated 12 Forerunner AEDs and we retired the First Medic 510s.  The newer AEDs were smaller and lighter.  We kept the original Forerunners in service for ten years.  Our survival rate fluctuated, dipping down to around 40% at one time and stabilizing around 43% overall.

Dr. White was continually monitoring the results and publishing journal articles over the course of our AED study.  One of the more significant articles, "Seven years experience with early defibrillation by police and paramedics in an emergency medical services system", Resuscitation 39 (1998) 145-151, explained that this project had treated 131 patients with 53 of them surviving to discharge neurologically intact.  It also showed that if a victim of VF SCA can be treated with an AED within 5.7 minutes, that patient will most likely survive.  If the time frame is more than 6.7 minutes, the patient will most likely die.  It was shortly after the publication of this article that the Police Department began receiving numerous inquiries about our "program" from all around the world.  We didn't even realize we had a "program" until people started asking about it.  We were just doing what we had always done but with better equipment and better results.  But since people were asking we decided we had to call it something.  This was when we began referring to the study as the Early Defibrillation Program.

Early defibrillation is a critically important service provided by our department.  We continue to strive to find ways to improve.  In 2006 we replaced the ForeRunner AEDs with the Philips Heartstream FR2+.  We also increased the number of AEDs so that every marked police vehicle is equipped.  With our Fire Department partners backing us up, we cover Rochester with 42 AEDs in four fire stations and up to 26 marked squads spread over roughly 50 square miles.

Our survival rate is now at 43% over the course of our program.  But we have not allowed our program to stagnate.  It is a dynamic program that is constantly changing and striving to improve.  The program today is not the same as it was in 1990.  We've made improvements in our computer aided dispatch system, 911 system, traffic signal control systems, added the Fire Department as responders, improved our patient treatment protocols, improved our data collection methodology, installed automated emergency location equipment and numerous smaller changes over the years.

A recent change (2005) was that we reprogrammed our AEDs to give single shocks instead of stacking up to three shocks in succession.  This is now the standard under the 2006 AHA guidelines.  While our numbers are small, some preliminary findings are indicating that these changes may make a significant contribution to further improve survival rates.

While this information might make it appear as though early defibrillation is complex and expensive, it is really very simple and economical.  It is so simple that we now believe it was a mistake to refer to our service as a "program" at all.  Defibrillation is just something we do for our community.  AEDs are nothing more than tools to help us do our jobs better and easier.  As for expenses, the 2006 budget allocation to support defibrillation within our department was only $1,500 - about $200 per life saved.

Given all of these changes, it is clear that the "program" is markedly different than what we started with in 1990. Recently we asked Dr. White to recalculate our survival rates starting from the present and going back until he came to a point that would be statistically defensible. He took the numbers back to 1998 (when we added our Fire Department into the mix)and determined that that our survival rate from witnessed VF arrest had gone up to 53%.

Important Lessons from Our History

Hopefully this overview has provided a glimpse of some of the important factors that came together in Rochester to make Early Defibrillation successful.  The key points are:

What Citizens & Communities Should Do