Beginning March 18, 2020, the front desk to City Hall is closed to the public along with other City facilities. The main entrance into City Hall is open, and there is an area accessible to the public just outside the double white doors leading into the City Hall rotunda to drop off payments, license applications, or other physical materials. 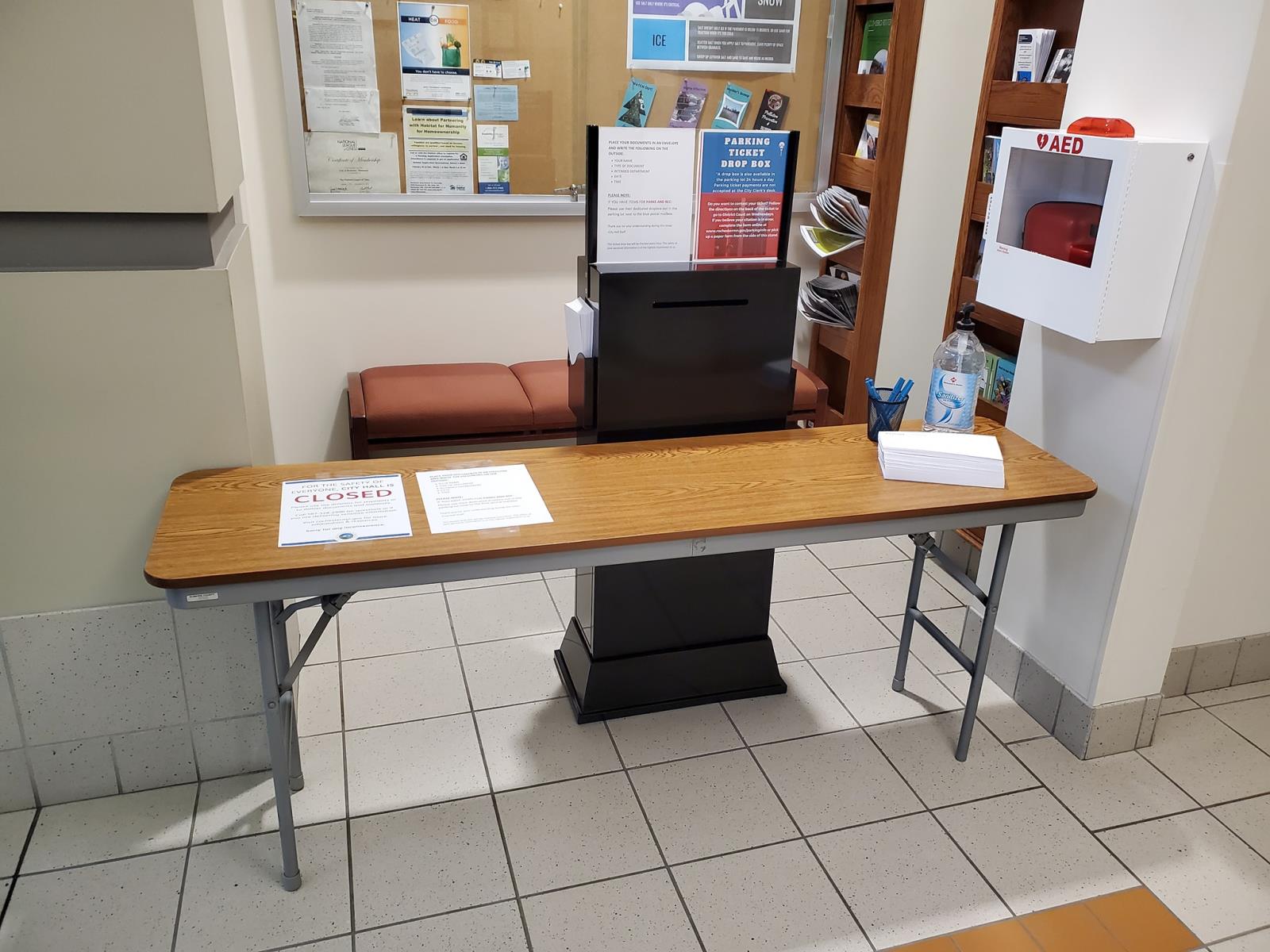 During the time the public desk is closed, teammates will still be working to continue delivering the essential services of the office, both externally to the public and internally to other City departments. Our team is ensuring the main City phone lines (507-328-2900) continue to be answered during business hours.

Applications can be completed online for most licenses and permits issued by the City Clerk’s Office. Visit www.rochestermn.gov/citizenaccess to access the online application system for new licenses or renewals. Paper applications can also be mailed in or dropped off in the drop box accessible just inside City Hall, and will be processed as quickly as possible. As circumstances continue to evolve, anticipate possible longer than usual processing times.

Parking tickets can also be paid online or by telephone, and the service fees charged by the vendor who provides this service are being paid by the City at this time to encourage payment by these methods.

Role of the Clerk's Office

The role of the City Clerk goes back to the beginning of the City of Rochester's history. At the time of the City's incorporation in 1858, the three city-wide appointed officials included the city justice, treasurer, and city clerk (referred to as the city recorder until 1892.) As chronicled by the International Institute of Municipal Clerks, the municipal clerk is the oldest public servant role in local government.

Today the Rochester City Clerk's Office is not a large department by any means, but it plays an outsized role by weaving connections between City departments and other entities to deliver effective services and meet the needs of residents, businesses, and visitors.

Residents and other stakeholders in Rochester interact with the City Clerk's Office with a range of needs, including wanting to:

The City Clerk's Office helps meet these needs by:

The City Clerk also serves as the City's Communications Director, with responsibilities including: